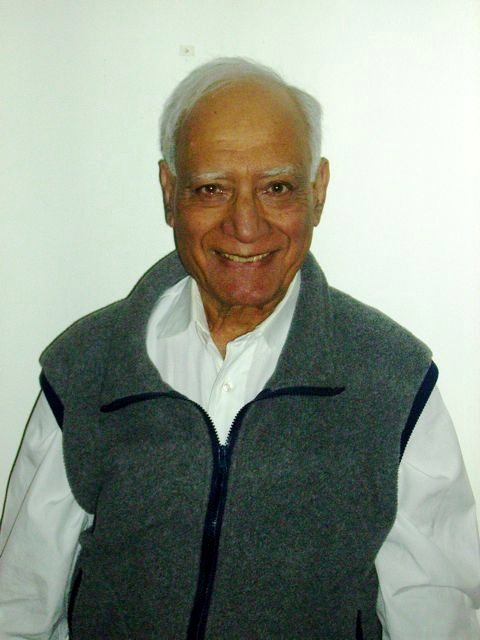 After spending 31 years on the faculty, doing the usual teaching and research, I had no wish to remain involved in any professional activity. Also, as I had lived and travelled in many, many counties during my working life, after retirement I had no desire to travel any more. I wanted to do something else.

During all my life in the West, I always had an uneasy feeling in my inner self; my early education in Pakistan was supported by the community but I did not stay there to serve my native land. This burden of moral debt hung on my shoulders. I wanted to pay back this debt to Pakistan. So, in 1999 with the help of my Canadian wife I founded a charitable organization named The Maria-Helena Foundation, (www.mariahelenafoundation.org). The Foundation is named after my wife’s two grandmothers, Maria and Helena; hence the name Maria-Helena Foundation.

The objectives of the Foundation are to provide educational and medical aid to poor families in Pakistan, and offer bursaries to students at UBC. Since inception we have helped establish several primary schools in Pakistan with a total enrolment of more than 4000 students, and one or two students at UBC benefit every year from our bursary fund. Please visit our website for more details.

As a family-based organization we try to be independent of public support. However, during the 2010 epic floods in Pakistan when I had just turned 80, I made a personal appeal to the general public to sponsor me to hike up, twenty times,Vancouver’s steepest mountain, Grouse Grind (elevation gain 933 m in 2.9 km distance). I received an enthusiastic response from the Canadian public in support of the flood victims. I even became a ‘celebrity’ for a few micro seconds; see the link: http://www.cbc.ca/news/canada/british-columbia/b-c-senior-begins-grind-climbs-for-pakistan-1.961860 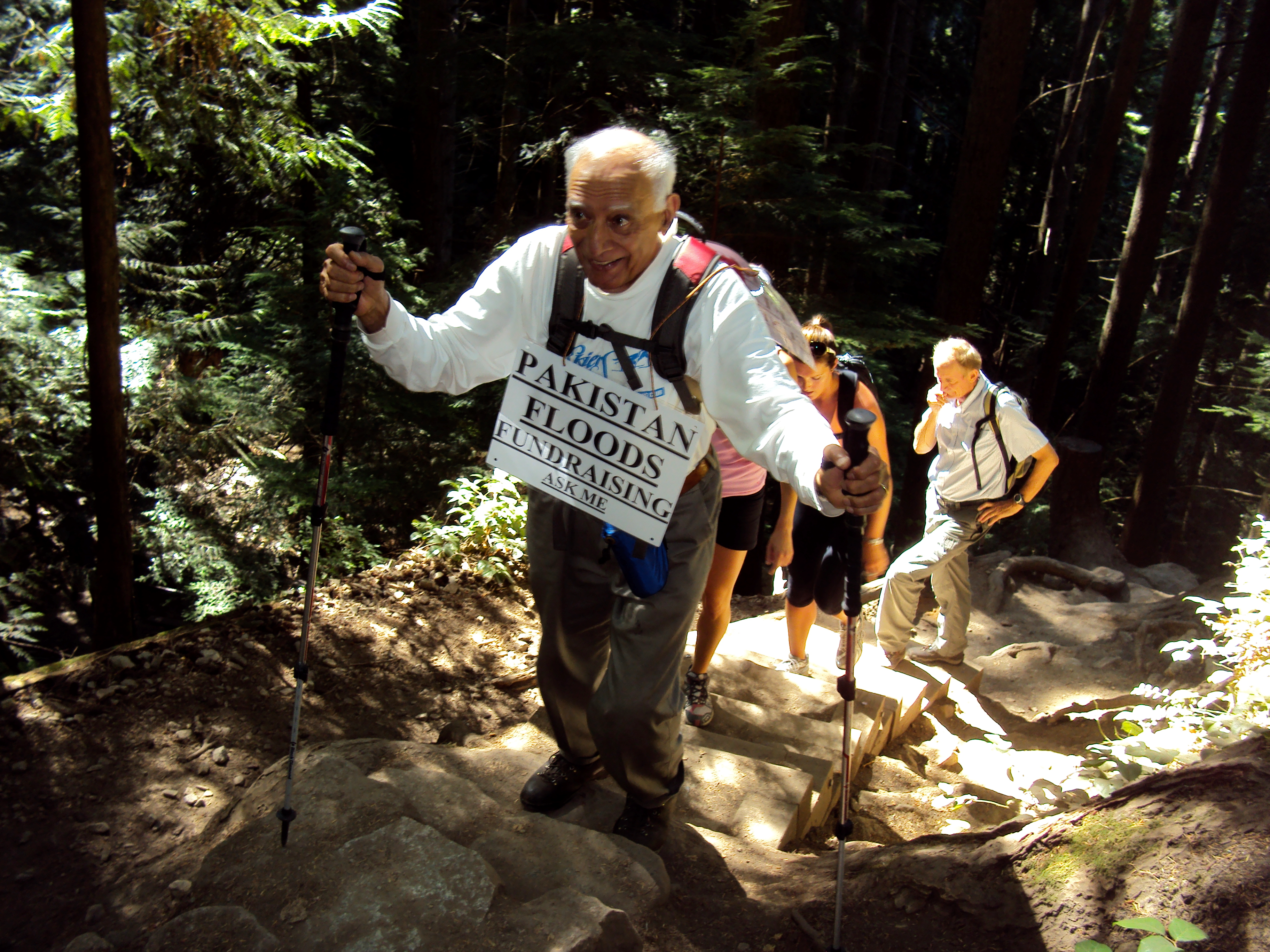 Hiking up the Grouse Mountain (August 2010)

I feel I have paid my moral debt to Pakistan, but now I am continuing the social development work in Pakistan; to leave a better world behind.

A few years after starting this Foundation, I was blessed with my first grandchild, a boy, in 2001. The economics did not justify my daughter, his mother, to remain employed and pay for hired help to take care of her son. So, she started studying for a Master’s degree while I took over the function of a nanny. After four years the challenge repeated itself: my daughter had another child and she decided to start her doctoral studies while I continued with my nanny’s job. During these years I have learned all there is to learn about diaper rash. I wonder sometimes whether I could enter Guinness Book of Records as “the man who has changed most diapers”.

I am still doing cross-country skiing in winter and Grouse Grind during summer. All in all, it has been a very satisfying life for me. I feel I am truly blessed.

In November 2012, I received a surprise phone call from Joyce Murray, MP Quadra, informing me that I have been selected to receive Queen Elizabeth II Diamond Jubilee Medal.  The event was held on Sunday, December 16, 2012, Vancouver, Canada. The citation read:

“Exceptional leadership as a humanitarian and philanthropist, including providing schooling for almost 4000 children, mostly girls, through founding of the Maria-Helena Foundation to provide educational opportunities to disadvantaged children in Pakistan.” 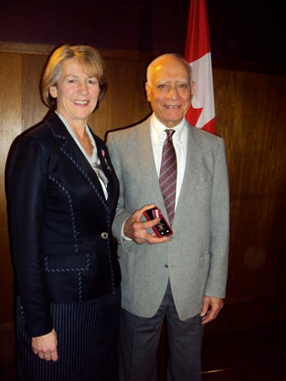