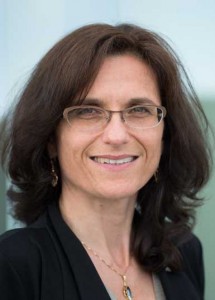 Mechanical Engineering professor Dr. Elizabeth Croft has been inducted as a Fellow of the Canadian Academy of Engineering (CAE) in recognition of her distinguished achievements and career-long service to the engineering profession. The ceremony took place in Winnipeg, in conjunction with the Academy’s Annual General Meeting on June 27, 2016.

Election to the Canadian Academy of Engineering (CAE) is one of the highest professional honours accorded an engineer. Fellows have distinguished themselves in different sectors including business, academia and government and in different roles such as business management, executive management, technical and university faculty. Fellows of the CAE are nominated and elected by their peers (current CAE Fellows) to honorary fellowship in the Academy, in view of their distinguished achievements and career-long service to the engineering profession.

Dr. Croft is an internationally respected figure in robotics, particularly robot trajectory planning and human-robot interaction. She has written over 150 scholarly articles in these broad areas. Dr. Croft is an international leader in recruiting women into engineering. As the NSERC Chair for Women in Science and Engineering, and as Associate Dean of Engineering at UBC, Dr. Croft was a prime driving force behind the almost doubling of the number of women in engineering at UBC. Dr. Croft’s service and research excellence have been recognized through the awarding of major provincial, national and international awards.