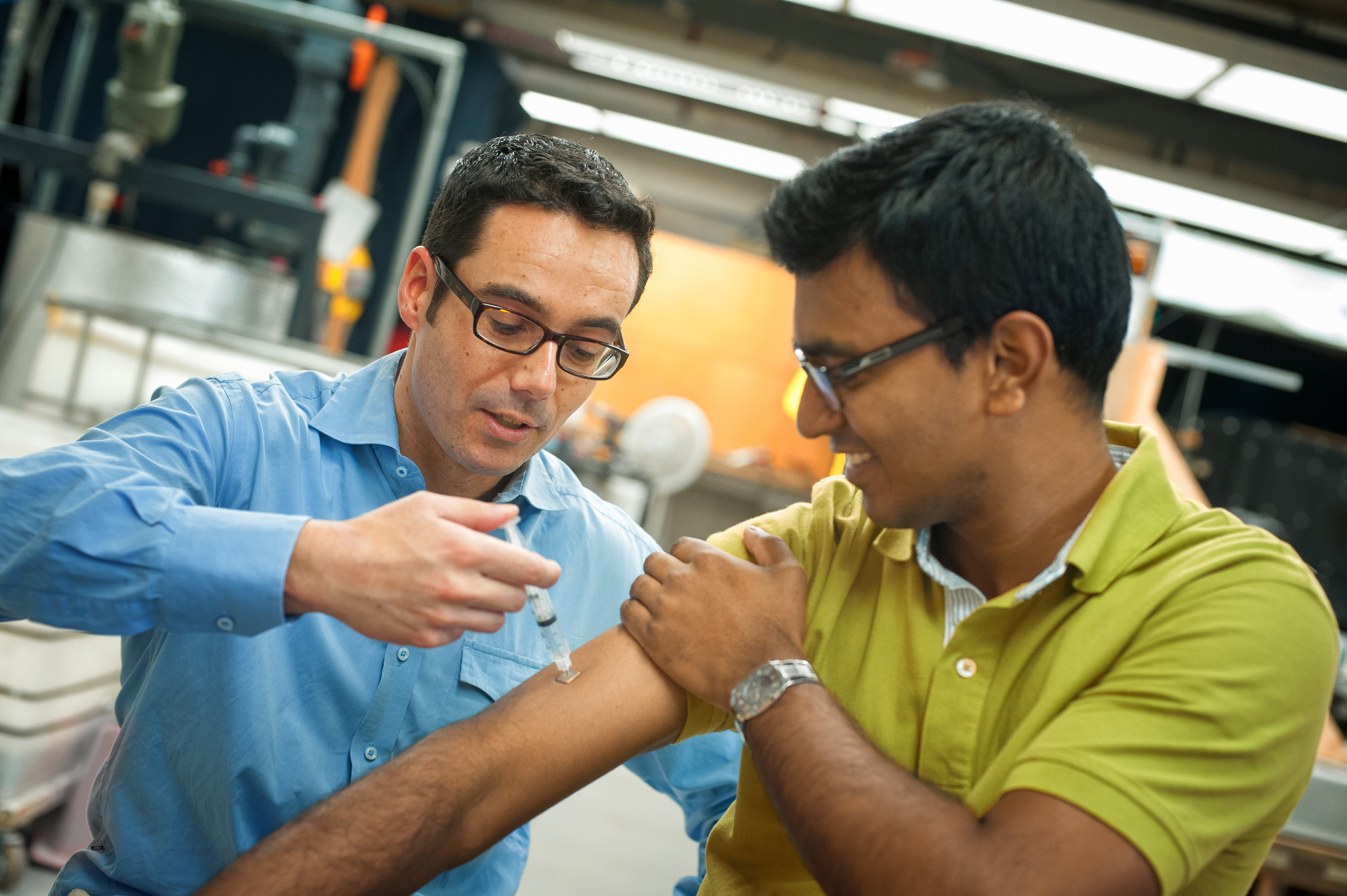 Mechanical Engineering professor Dr. Boris Stoeber, together with his PhD student Sahan Ranamukhaarachchi, researchers in UBC’s faculty of pharmaceutical sciences, and researchers at the Paul Scherrer Institut (PSI) in Switzerland, have created a microneedle drug monitoring system that could one day replace costly, invasive blood draws and improve patient comfort.

The new system consists of a small, thin patch that is pressed against a patient’s arm during medical treatment and measures drugs in their bloodstream painlessly without drawing any blood. The tiny needle-like projection, less than half a millimetre long, resembles a hollow cone and doesn’t pierce the skin like a standard hypodermic needle.

“Many groups are researching microneedle technology for painless vaccines and drug delivery,” said Ranamukhaarachchi, “Using them to painlessly monitor drugs is a newer idea.”

Microneedles are designed to puncture the outer layer of skin, which acts as a protective shield, but not the next layers of epidermis and the dermis, which house nerves, blood vessels and active immune cells.

The microneedle created by Stoeber, Ranamukhaarachchi and colleagues was developed to monitor the antibiotic vancomycin, which is used to treat serious infections and is administered through an intravenous line. Patients taking the antibiotic undergo three to four blood draws per day and need to be closely monitored because vancomycin can cause life-threatening toxic side effects.

The researchers discovered that they could use the fluid found just below the outer layer of skin, instead of blood, to monitor levels of vancomycin in the bloodstream. The microneedle collects just a tiny bit of this fluid, less than a millionth of a millilitre, and a reaction occurs on the inside of the microneedle that researchers can detect using an optical sensor. This technique allows researchers to quickly and easily determine the concentration of vancomycin.

“This is probably one of the smallest probe volumes ever recorded for a medically relevant analysis,” said Urs Hafeli, associate professor in UBC’s faculty of pharmaceutical sciences.

“The combination of knowhow from UBC and PSI, bringing together microneedles, microfluidics, optics and biotechnology, allowed us to create such a device capable of both collecting the fluid and performing the analysis in one device,” said Victor Cadarso, a research scientist and Ambizione Fellow at PSI.

The microneedle monitoring system, described in a paper published earlier this month in Scientific Reports, was developed out of a research collaboration between Hafeli and Stoeber, and is being commercialized by the UBC spin-off Microdermics Inc.

The research appeared in CBC News earlier this week. Read the story here.

For more information on the Stoeber lab, visit stoeberlab.mech.ubc.ca 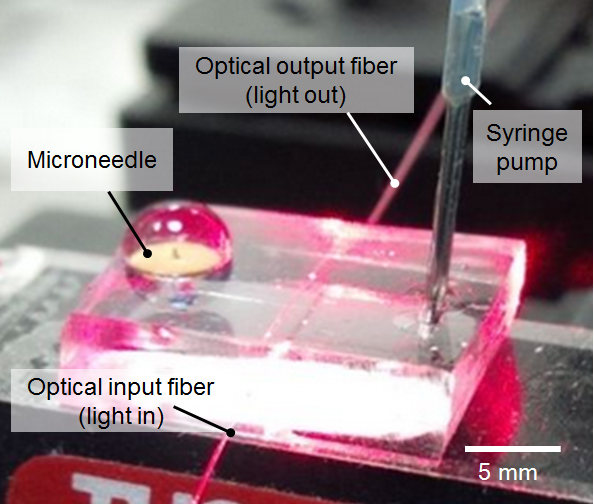 An image of the microneedle device