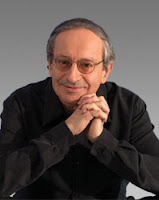 Daniel Gelbart, Adjunct Professor in Mechanical Engineering, has been chosen to receive the honourary degree Doctor of Science, honoris causa, at the May 2009 convocation.

Dan Gelbart is a gifted inventor and entrepreneur with a remarkably fertile and prolific mind. He has over 100 patents to his name. Many of his main achievements have been made through his company, Creo Products, Inc., which he co-founded with Dr. Ken Spencer in 1984. He developed revolutionary printing and imaging technology that set his company entirely apart from the prevailing techniques. Dan was also remarkably perceptive and innovative in his personnel policies, with Creo gaining numerous “best employer” awards both provincially and nationally. Through both his technical excellence and entrepreneurial skills, Dan grew the company to over 4000 employees by the time of its purchase by Kodak in 2005 for $1 billion.

Dan Gelbart has now taken on entirely new challenges in the medical field, and is the Technology Advisor for Kardium Inc., a developer of medical devices to address cardiovascular disease. His energy and inventive imagination are unabated, and we can expect that the same personal forces that caused Creo to grow to be the largest high-technology company in BC, will cause Kardium to grow and become a major player on the world stage.

Dan has made many major contributions to Mechanical Engineering and to several other UBC departments. In Mechanical Engineering, he is an active member of the departmental Industrial Advisory Committee. For several years he has lectured on technical design to the second year undergraduate students. This year, he is teaching a graduate course about industrial sensors and actuators, for which he is freely giving his time and personally providing all needed equipment and material resources.

The Mechanical Engineering Department is proud to be associated with Mr Dan Gelbart, and warmly congratulates him on being chosen to receive an honourary doctorate at UBC. Mr Gelbart will be granted the degree, Doctor of Science, honoris causa, at the convocation to be held at the Chan Centre at 1:30pm on Tuesday 26 May, 2009.