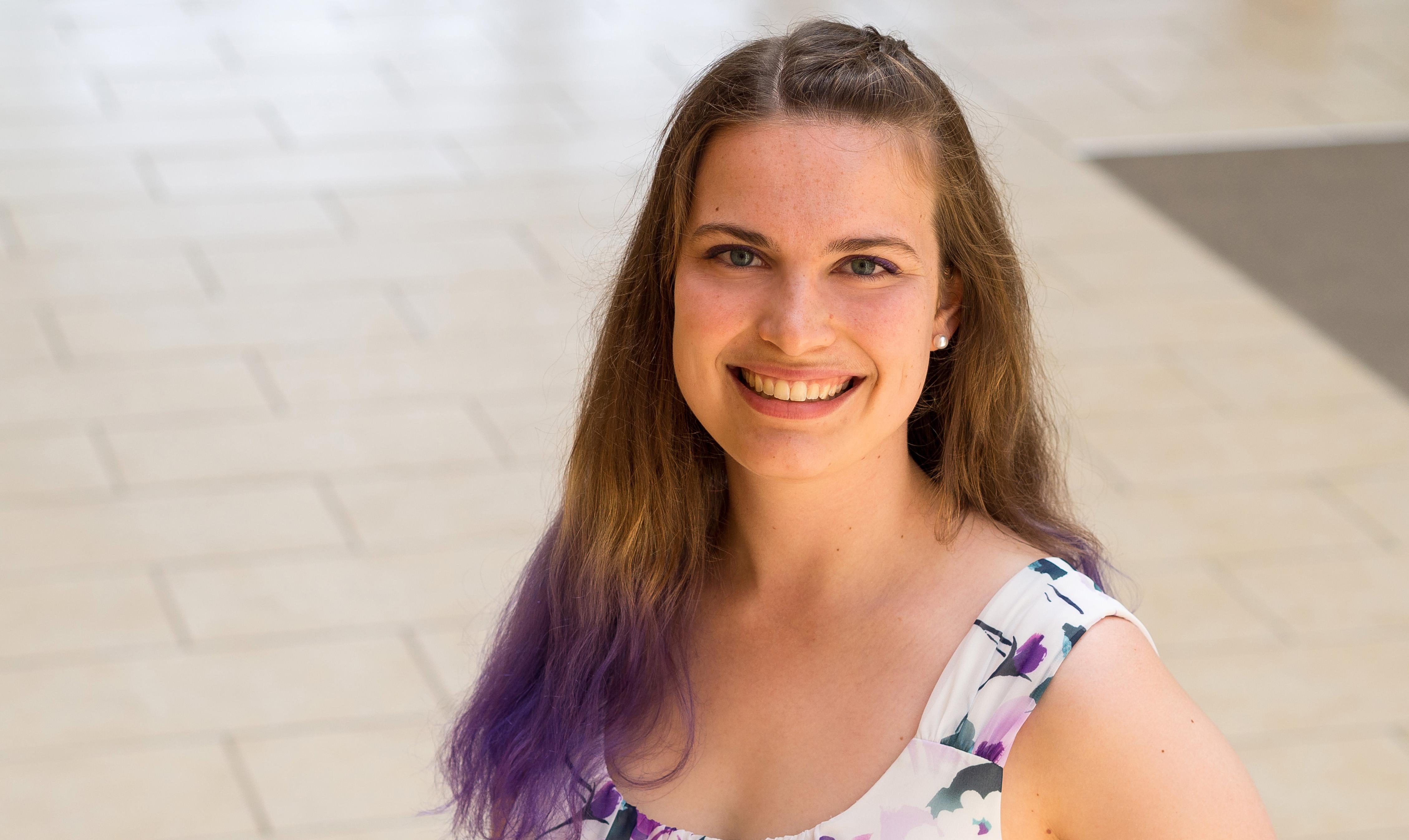 “I spent three years designing and building [Ada] with my team before taking the boat across Canada to launch her into the Atlantic Ocean for what was to be the first ever trans-Atlantic journey by an autonomous sailboat.”

I’ve made my way through five years of mechanical engineering at UBC trying to do as much as possible. I joined UBC Sailbot at the beginning of my first year, helped launch our autonomous sailboat, Ada, across the Atlantic Ocean in August 2016, and then spent my last two years on the team as a mechanical lead. I’ve been a member of the Godiva Band for all five years playing flute and piccolo — and I was in the UBC Concert Winds for my first five semesters. I’ve had three co-op jobs: working for Bosch in Germany; International Submarine Engineering in Port Coquitlam and finally at Blue Origin in the United States. I spent the first half of this past year applying to graduate schools, and was accepted to Stanford, University of Michigan, Purdue University and University of Washington. I’m really excited to be attending Purdue this fall to start a master’s in aerospace engineering, with the end goal of getting a job in rocket propulsion.

Why did you choose engineering?

I spent most of my education up to grade eight or nine hating science (though math was ok). My love for science — and specifically physics — eventually developed because of a couple of really good science teachers in grades nine and 10. My physics teacher in grade 10 said I would do well in engineering, and the deal was sealed when I won our class trebuchet competition at the end of the school year.

What has made your time at UBC the most memorable?

Honestly, the people: a few really excellent professors I was able to connect with, classmates I worked with for various projects, amazing teammates on UBC Sailbot and mostly my friends. You really bond with your classmates in MECH 2 (the cornerstone program of UBC Mechanical Engineering) and as a result of helping each other through that program, we’ve stuck together and had a lot of fun making our way through engineering.

What have you learned in engineering that is most valuable?

Going through mechanical engineering at UBC has been an experience. Anyone who’s been through MECH 2 or has known someone in MECH 2 can tell you that it’s a hard year. It was tough, but it prepared me for the rest of university and it was the first time I actually enjoyed everything I was learning. After that, third year blended into fourth year, and it is the design projects and co-op experiences that stand out. We take a lot of classes, but the most valuable thing I learned from school was how to work successfully within a team of engineers to tackle a problem together. I learned how to trust others’ work in order to finish projects that I would not have been able to do myself. In co-op, I had the chance to design a small part of a submarine (International Submarine Engineering) and to design a test stand for a gearbox that will end up on a rocket (Blue Origin), which were both very valuable in seeing how our classroom knowledge transfers to the real world.

What has been your most memorable/valuable non-academic experience studying engineering at UBC?

Without question, it was going to St. John’s, Newfoundland with UBC Sailbot to launch our sailbot, Ada. I spent three years designing and building her with my team before taking the boat across Canada to launch her into the Atlantic Ocean for what was to be the first ever trans-Atlantic journey by an autonomous sailboat. Unfortunately, I could only stay for two weeks because I was working over the summer, but while I was there, I loved spending every minute with my Sailbot family all piled into one house. I got to go out in our chase boat to see her sailing for final testing, helped make adjustments to her and enjoyed very late family dinners after coming from the yacht club each night. It was so rewarding to see three years worth of work sailing successfully in front of me and to be able to share that with my teammates who worked just as hard as I did to get to that point. [Unfortunately UBC Sailbot did not succeed in their trans-Atlantic goals, but they did manage to set the record for the farthest distance sailed by an autonomous boat across the Atlantic.]

How do you feel a degree in engineering has benefited you compared to a different field of study?

Aside from the obvious benefits of job prospects, I think engineering is unique in its problem-solving mentality. We develop a problem-solving mindset, learn the tools to approach a design problem and learn how to teach ourselves anything we don’t already know. That means that we can go after a huge variety of industries and jobs, taking the basic building blocks we’ve developed to tackle a wide range of problems. I feel confident to go into the real world with my mental engineering toolbox, which I don’t think is something you’d get in other fields of study.

What advice would you give a student considering engineering?

Don’t doubt your ability to be an engineer or to do anything you want. I spent many years of my degree feeling like a fake engineer because so many other people around me appeared to be so much more invested in engineering — I wanted to go home and do something unrelated to engineering at the end of the day, not watch machining videos on YouTube. You don’t have to let engineering consume your life. In fact, it’s generally good for you to have other hobbies. Despite not trying to learn about engineering in every spare second, I realize that I have come to the end of my degree and am moving on to some amazing opportunities.

What are your plans for the future?

I’ll be spending this summer as a returning intern at Blue Origin, working in their manufacturing and test group. I’m really excited to be going back to learn more about the aerospace industry. This fall, I’ll be heading to West Lafayette, Indiana to begin a Master of Aerospace Engineering at Purdue University (which has the best propulsion program in the country).

Looking farther forward, I plan to use my master’s degree to work in rocket propulsion. Aside from being able to call myself a rocket scientist, I look forward to contributing to the effort to get humanity into space and explore beyond Earth. Ultimately, it would be my dream to become an astronaut, but I realize that realistically, the chances of that happening are low. In my mind, the next best thing is designing the rocket engine that will get other people into space.