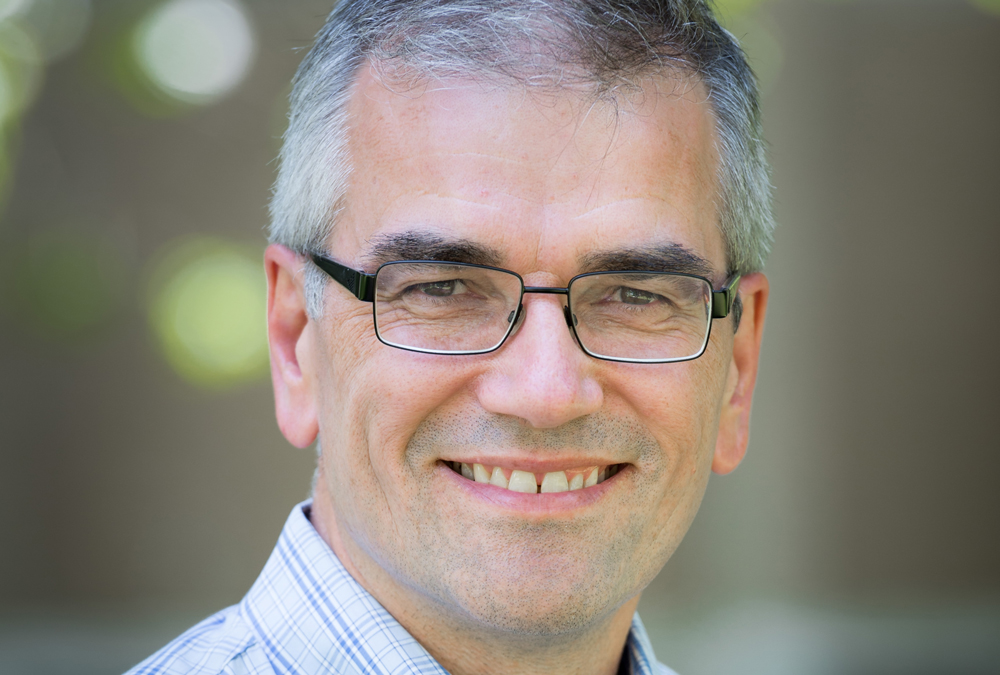 Thomas Oxland, PEng, a professor in UBC’s Departments of Mechanical Engineering and Orthopaedics and co-director of the UBC Orthopaedic and Injury Biomechanics Group, has been elected a Fellow of the Royal Society of Canada (RSC), Canada’s highest honour for artists, scholars and scientists.

Recognized by the RSC for his “seminal research work” in the field of musculoskeletal diseases and injuries, Oxland has played an instrumental role in advancing orthopaedic engineering at UBC and Vancouver General Hospital over the past two decades. In addition to serving as founding director of UBC and VGH’s former Division of Orthopaedic Engineering Research, which operated from 1997 to 2009, he was heavily involved in the establishment of both the Centre for Hip Health and Mobility and the International Collaboration for Repair Discoveries (ICORD) research centre, where he is a principal investigator and associate director of preclinical discovery research.

Oxland holds bachelor’s and master’s degrees from the University of Waterloo and master’s and doctoral degrees from Yale. He is a fellow of the Canadian Academy of Engineering, the recipient of a Humboldt Research Award from the Alexander Humboldt Foundation and a former Canada Research Chair in Spine Biomechanics. Before joining UBC, Oxland worked at Spine-Tech, a spinal implant company in Minneapolis, and at the Maurice E. Müller Institute for Biomechanics (now the Institute for Surgical Technology and Biomechanics) at the University of Bern.

Of the 2018 fellows, Chad Gaffield, the RSC president, said: “These exceptionally talented scholars, artists and scientists have made an outstanding mark in their fields, advancing knowledge and creating a positive impact on the world. We are thrilled to welcome them, knowing they will continue to work towards a better future for all of us based on deep knowledge and understanding of the past and present.”

The RSC consists of three academies (the Academy of the Arts and Humanities, the Academy of Social Sciences and the Academy of Science) and is aimed at recognizing “scholarly, research and artistic excellence” and promoting “learning and research in the arts, the humanities and the natural and social sciences.” Oxland and the other 88 fellows named this year will be inducted into the Society at its Annual General Meeting in Halifax this November.

Thomas Oxland is an international authority in the biomechanical behaviour of the human spine. His seminal research work includes the biomechanics of the normal, degenerated, and injured spine, spinal cord injury, spinal and other orthopaedic implants and surgical techniques. He was a key research and development engineer for novel spinal implants that remain in clinical use today, more than twenty-five years after the initial surgeries.