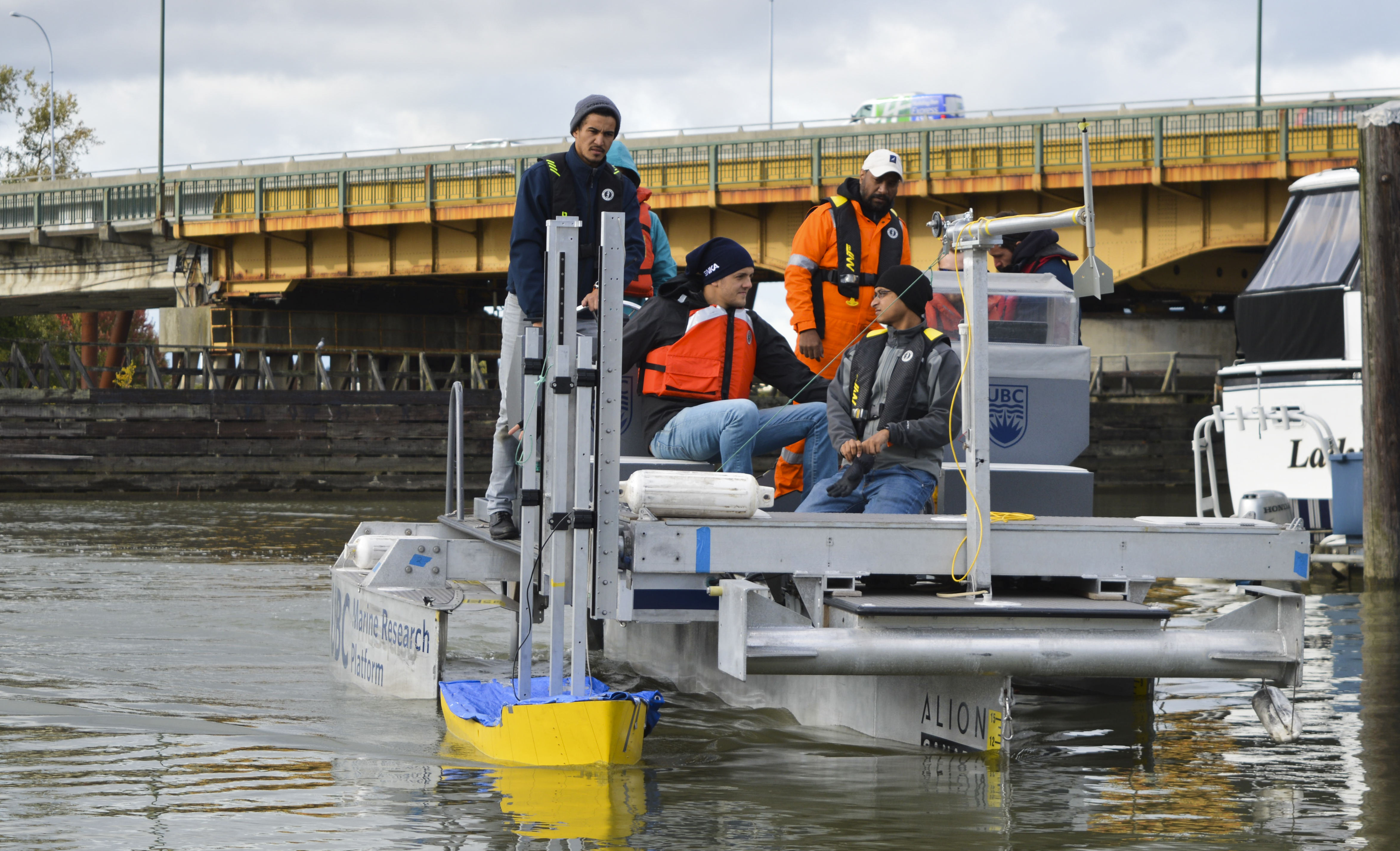 On Tuesday, October 8th, Naval Architecture and Marine Engineering (NAME) graduate students embarked on the waters of the Fraser River delta to test model ship hulls, marking the first time hull testing has been done by students at UBC in the last twelve years. This has been facilitated by the recent addition of UBC Marine Research Platform, an innovative testing vessel that replaces the need for large and expensive tow tanks with versatile open water testing in real world conditions.

The last hull testing facility at UBC was an on-campus tow tank which was torn down to make way for the development of Wesbrook Village. After years without the capacity for students to test their designs, in 2017 the UBC Research Platform was donated by the Robinson family in memory of its inventor, Charles “Chuck” Robinson. Since it’s donation in 2017, NAME has been preparing it for educational and research use with the generous support of Serco North America (formerly Alion Science and Technology). Mavi Innovations worked in collaboration with NAME staff this past summer to implement a number of maintenance items and to update the research platform’s instrumentation system and model deployment hardware.

On the dock of Vancouver Marina in Richmond, NAME Program Director Jon Mikkelsen explained why having the UBC Marine Research Platform is such a useful tool for students: 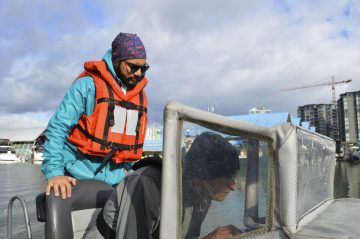 The UBC research vessel was developed to improve the accuracy of ship design. You create a replica model of the ship that you’re intending to build, test it on the water – measuring resistance, how the vessel behaves in waves, how it maneuvers – and using that information an engineer can scale it up and use it for the design of a prototype ship. If you’re spending millions of dollars building a ship, you want to make sure that the predictions of resistance are done accurately so you can properly match the engine to the vessel at the desired speed.

The students attached their model hull – called the UBC Series – and headed out on to a small branch of the river, west of Sea Island. Known for its calmer waters, this area provided an ideal testing ground for the models, without large waves or currents to affect the data. A laptop onboard recorded the readings, while allowing students to monitor them in real time. The NAME program’s visiting naval students, Ensigns Mel Rapuzzi and Thibaud Bourbon – here from the French naval academy to gain international scientific experience – provided the vessel’s crew so that the program students could focus on their measurements. Having run the tests at multiple speeds, the NAME students will use their data to extrapolate how a full size ship would behave and select a propulsion system for their design. 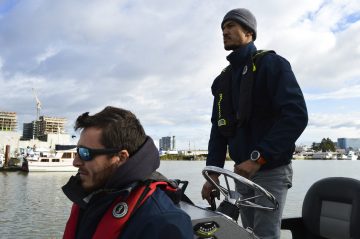 Former co-director, and NAME professor, Dr. Chris McKesson noted the many stakeholder participants that have brought hull testing back to the university, enhancing learning resources for students and benefitting the larger world of naval design:

The platform itself was donated, the resources to operate it are a gift from Alion Canada (now Serco North America) and the boat handling skills of our “drivers” are the result of their position as officers in the French Navy, which we have partnered with for the past three years. This highlights the international nature of naval architecture, which provides the ships that unite the world in global commerce. Most of those ship designs start as model tests, while ALL of their designers start as students.  Our industry is definitely giving back to ensure that global commerce continues to be as efficient as possible.

“I’m personally very excited to be able to have students testing these things on the water,” Professor Mikkelsen noted, “…it’s a historic day for us.”

Read more about the UBC Research Platform and donors, Serco (Alion) and the Robinson family, here. 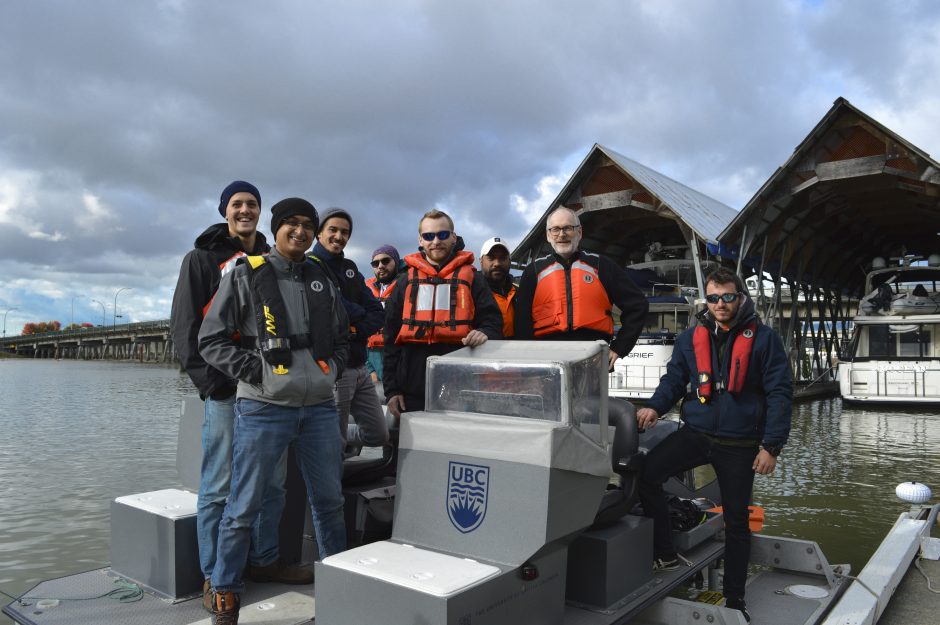