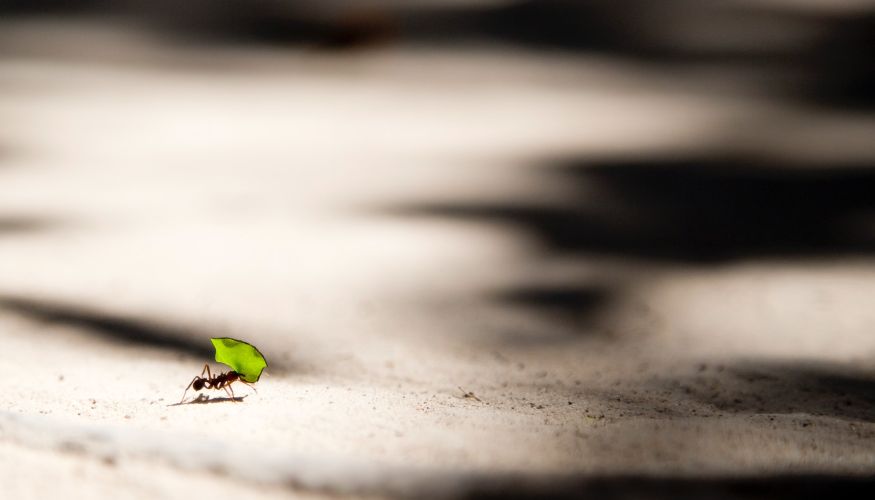 Mattia Bacca, an assistant professor of mechanical engineering at UBC, has been awarded a three-year research grant from the Human Frontier Science Program Organization.

The France-based organization, which established its namesake program in 1989, aims to support innovative international research collaborations that clarify “the sophisticated and complex mechanisms of living organisms for the benefit of all humankind”. Twenty-eight recipients of HFSP awards have gone on to win the Nobel Prize.

Together with his colleagues Natalie Holt, a biology professor at the University of California, Riverside, and David Labonte, a bioengineering professor at Imperial College London, Bacca will create a physical and mathematical framework that enables researchers to predict the morphological evolution of leafcutter ants based on their feeding behaviour.

The framework, to be based on new insights into how the ants mechanically break down plant material, will advance our understanding of insect-plant co-evolution and interactions. How insects select their food sources — and how those plants defend themselves — has major implications for human food security and the structure of ecosystems.

The team’s work may also inspire developments in small-scale cutting tools and motor control theory, among other fields.

Dedicated to promoting bold, interdisciplinary research, especially by young investigators, the Human Frontier Science Program has provided funding to more than 7000 researchers from over 70 countries since 1990.

Photo by Vlad Tchompalov on Unsplash